We’re back with performance favourites and new songs and dance. 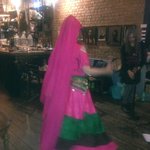 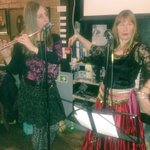 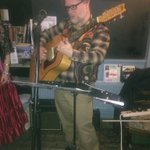 So now we are back with performance favourites and new songs and dance. We’ll hear about Angeline the Baker, we’ll go lassoing with some wild cowgirls and boys and we’ll all sing and dance together to some classics like Daglar and Çadırımın üstüne (Rampi, Rampi) and The Ace of Spades. Come and dance the night away like we did last … month when our spirits soared. We are 11 musicians, dancers and singers with loving souls who strum, pluck, beat and whirl.

Join us and dance, sing, eat and drink. £5.00 and concessions on the door. 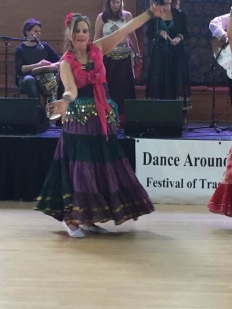 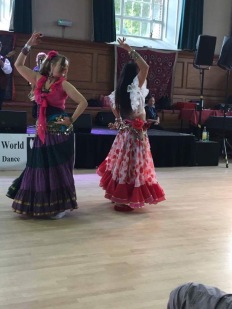 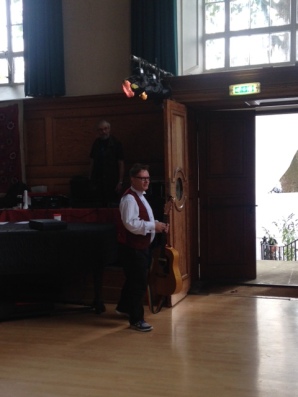 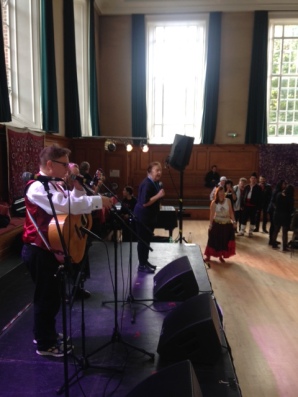 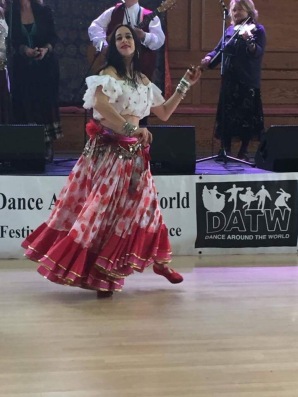 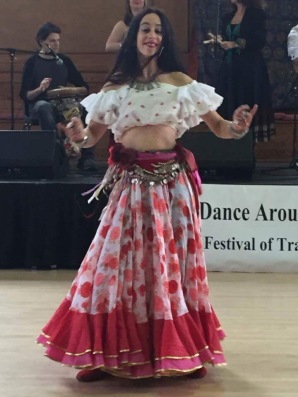 Last Saturday we performed at the wonderful Cecil Sharp House in Camden as part of the Dance Around the World festival for 2016. We kicked off the festival with three songs from different traditions and places around the world.

The first song was Bailava en Tetuan (Dancing in Tetuan). This is a Moroccan Sephardic/Arabic song hailing from Medieval times.

Next we played Rompi Rompi – an old and very popular Turkish folk song. It is known as a song that bands play when a dancer requests a song with a 9/8 rhythm. The words say that in spite of its hardships – life is good.

The last song we performed is called Habibi – my darling. This is a popular Egyptian song from 1996. Fiona and Linda, the dancers, drew on Egyptian and Mediterranean influences in their choreography.

After our performance we sat and watched lots of other fantastic performers and saw many different dance traditions and styles such as the Haka, Lancashire Clog Dancing and a very moving Ukrainian folk dancing set. There were many more highlights.

Some of us took part in a South Eastern European dance workshop and learnt some new moves and met some lovely people. We will definitely go there again next year. This weekend is thoroughly recommended for everyone interested in dance and music.